Educating the Children of Poor Widows

The curse of widowhood often plunges the whole family into destitution and despair, with consequences that blight communities and last for many decades. When The Loomba Foundation was first established, Raj Loomba saw that if he could find a way of funding the education of the children of poor widows, it would not only transform the conditions of that family but also provide for a better future for all its members. 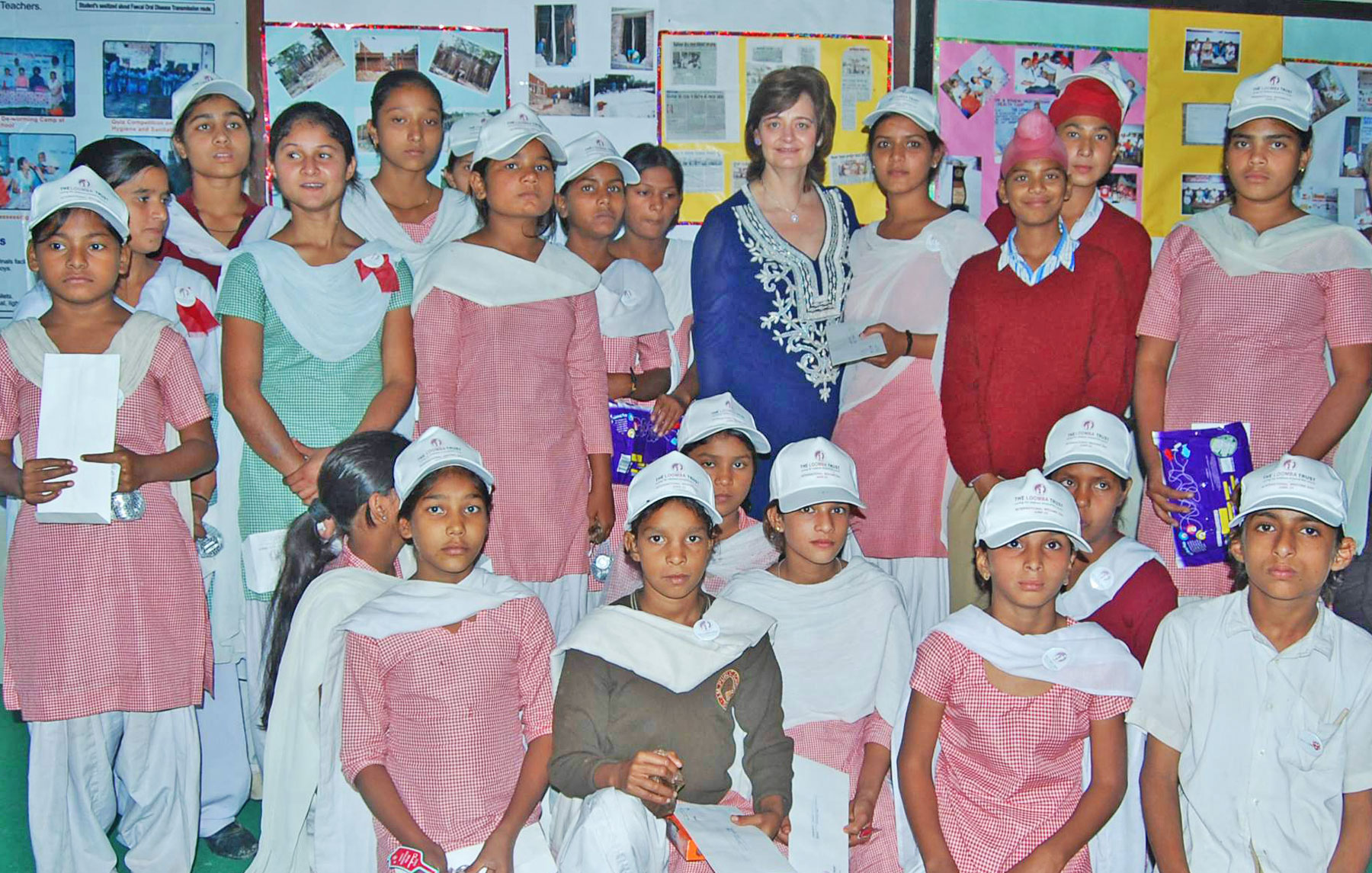 In March 1999, a year after it was established, the Loomba Foundation launched its first scholarship programme, funding the education of one hundred children of poor widows in the State of Delhi right through secondary education, and beyond for those who wished to go into higher education. At the same time the Foundation announced its target, that within a decade it would fund the education of at least one hundred children of poor widows, selected solely on the basis of need, in each of India’s (then) 29 States. This meant the Foundation hoped to educate 2,900 children by 2009.

Donate to educate a widow's child

With fundraising under way and an education programme in place, the Loomba Foundation set about making progress towards its target. Areas that had recently seen a sudden increase in the number of widows were often prioritised, such as the scheme launched in Odisha State (formerly Orissa State) (for 100 children) after a destructive cyclone, and the one in Gujarat (also 100), following an earthquake in the city of Bhuj. Both these schemes were launched in 2001. In 2002, programmes got under way in Rajasthan (100) and Punjab (100) and the following year in Andhra Pradesh (100), Haryana (100), Uttarakhand Pradesh (110), and Arunachal Pradesh (100) in the far north-east of the country.

In Tamil Nadu, in 2004, the Loomba Foundation’s funding was matched by its partner, the Sriram Welfare Foundation, creating a programme for 200 students. Then at the end of that year disaster struck with the Indian Ocean tsunami, causing destruction that, as always, left existing and newly-created widows and their children worst affected. In India, Nagapattinam district in Tamil Nadu was hardest hit, and the Loomba Foundation responded by extending its programme in the State for a further 500 children drawn mainly from the fishermen’s villages in the district. 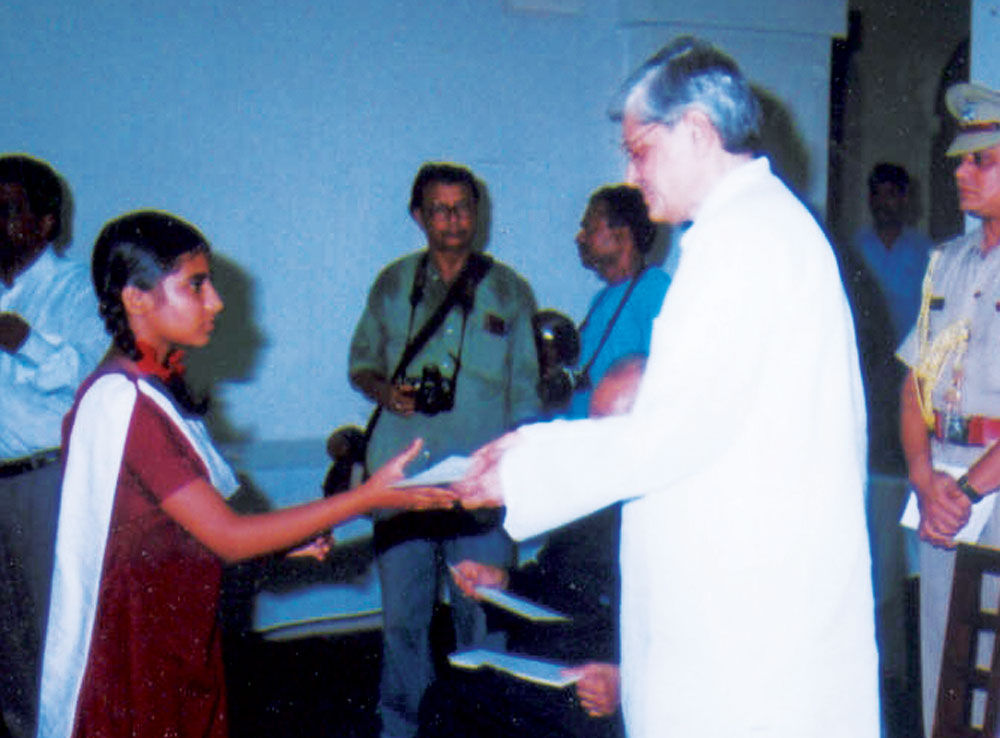 Further programmes for 100 children each were launched in the States of Assam, Bihar, Goa, Himachal Pradesh, Jharkhand, Karnataka, Kerala, Manipur, Meghalaya, Mizoram, Nagaland, Sikkim and Tripura, bringing the total number of Loomba scholars by 2006 to 3,610. The Loomba Foundation had reached and far exceeded its target with two-and-a-half years to spare.

This would not have  been possible without the generous support of numerous donors, including Sir Richard Branson, who funded scholarships for 500 children in five States for five years, and Brijesh Nayyar, who has funded the education of 300 children in three States for five years. Shamin and Shiraz Lalji generously funded the extended programme for 500 children in Tamil Nadu following the tsunami. The programme in Chhattisgarh is sponsored by BT; in Jammu and Kashmir by Sheetal Kapoor and Ricky Kapoor; and in Maharashtra by Martin Ciupa and Mellon Group Europe.

The students who received funding under the original programmes have completed their education. Some have gone on to higher education with the Foundation’s support, including 18 students currently completing engineering degrees in Madhya Pradesh. New children have joined the programmes. To date, more than 10,000 children of poor widows have received funding, and in this way the Loomba Foundation has directly transformed the lives of 60,000 people in their immediate families. The programme continues to grow with the support of new donors, including the Hinduja Foundation, which has funded scholarships for 500 children in five States for five years. The Loomba Foundation’s partnership with the Rotary India Literacy Mission includes education funding for 2,000 children.

In 2006, the Loomba Foundation donated five million Rupees, which was matched by the Punjab Government, to renovate, refurbish and provide sanitation and drinking water for a school in Dhilwan, where Raj Loomba was born, which had once been a magnificent building but had fallen into disrepair. At the suggestion of Prakash Singh Badal, the Chief Minister of Punjab, the school was renamed in honour of Raj Loomba’s late father and inaugurated on 18 November 2008 by the President of the Loomba Foundation, Mrs Cherie Blair.

In 2005, as we have seen, Raj Loomba launched International Widows Day, and the following year the Loomba Foundation joined forces with Virgin Unite, the charitable arm of Sir Richard Branson’s group of companies, to support 1,500 HIV and AIDS orphans in five townships near Johannesburg, South Africa, over 18 months. 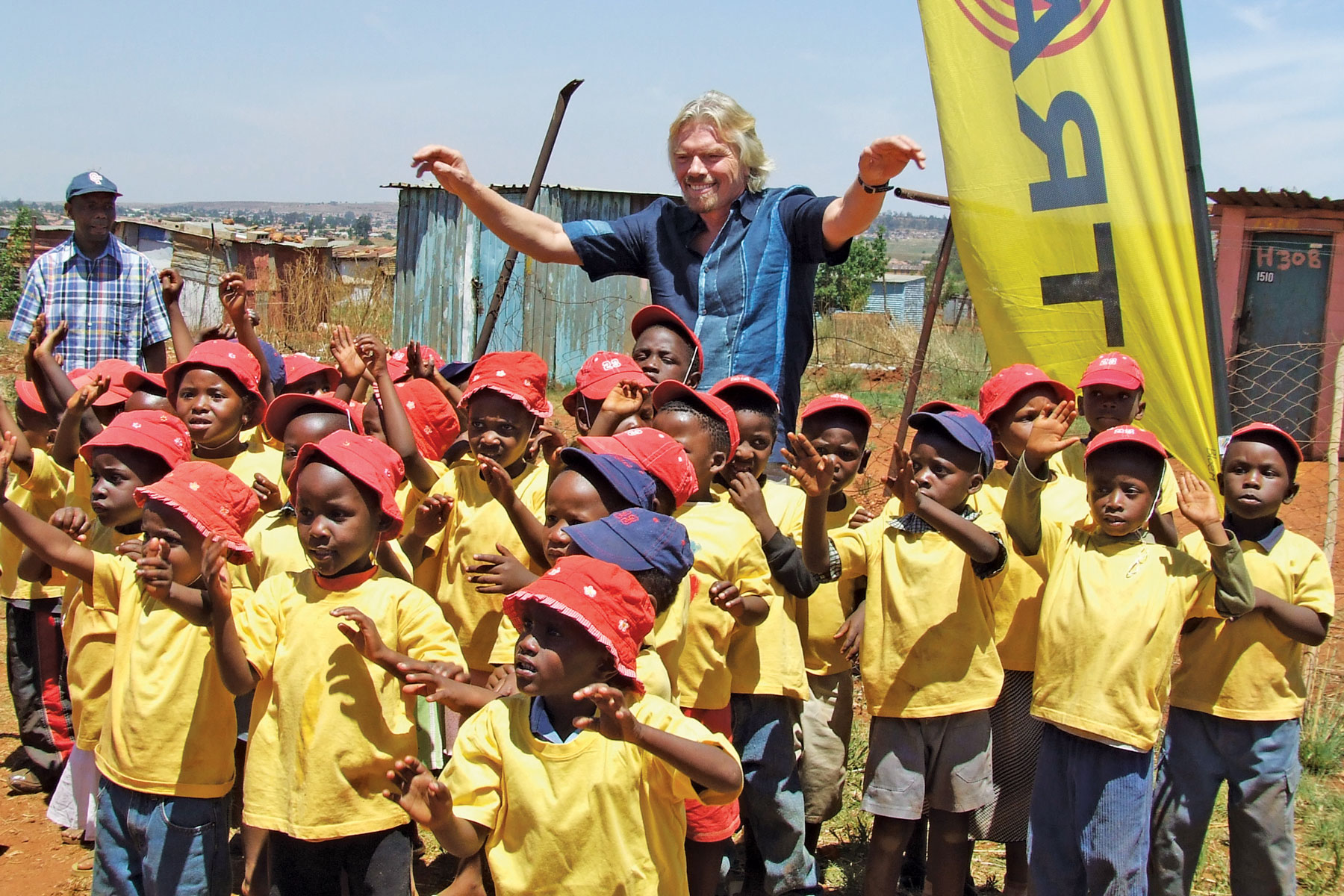