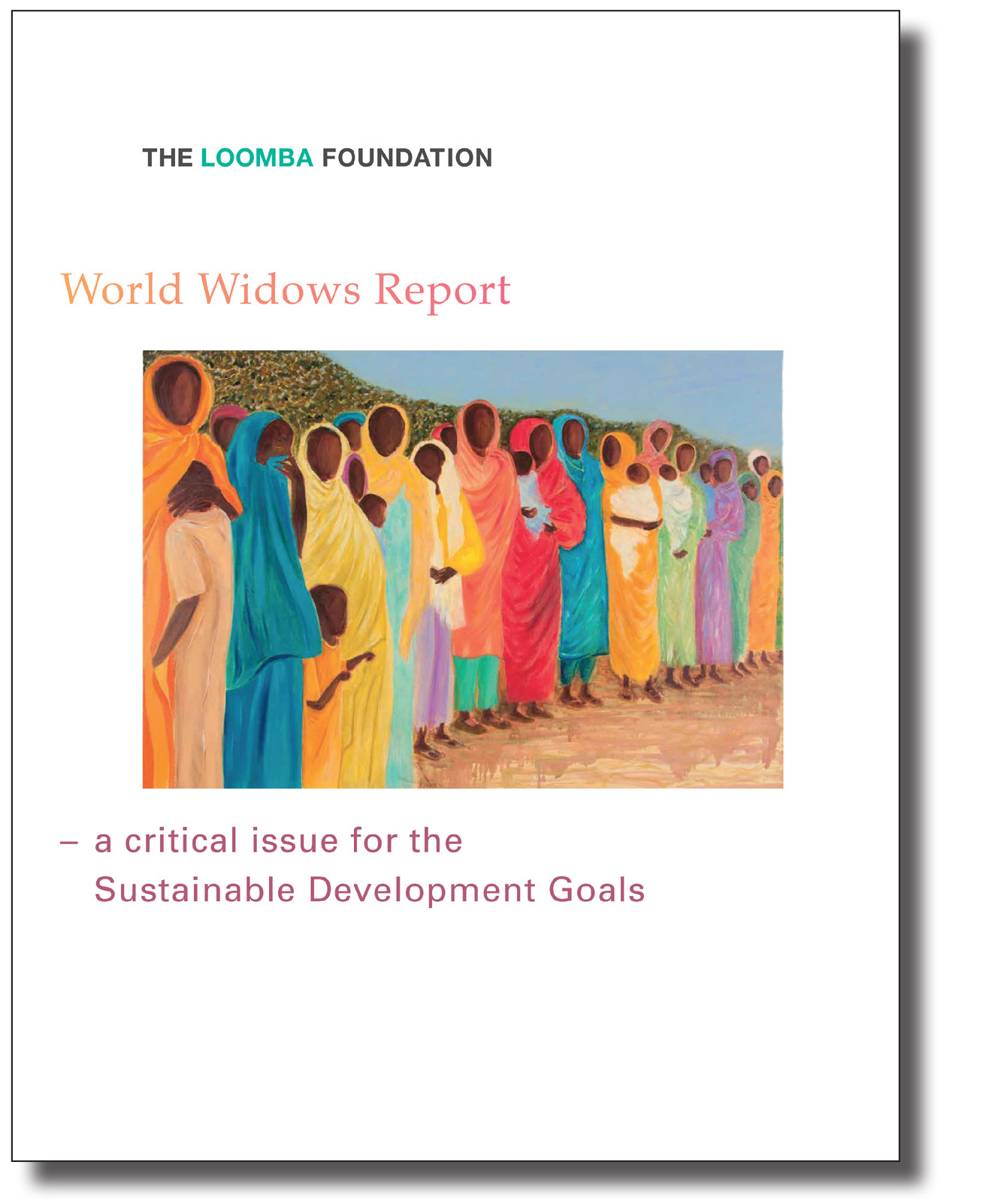 Authored by The Loomba Foundation, the World Widows Report is the only authoritative comprehensive data source about the discrimination and injustice faced by widows and their dependants country by country and worldwide, informing SDG-era policy formulation by the United Nations and national governments.

The World Widows Report was published to coincide with the adoption of the Sustainable Development Goals by the United Nations and provides a basis for researchers, international and local agencies, governments and all who care about gender inequality and the desperate plight of widows to develop sound, evidence-based policy for a better world. An academic review of the Report by the Centre for Population Change at the University of Southampton described the Report as “an important contribution to academic scholarship on the subject of widows, [which] provides a vital resource to advocates working worldwide to improve the position of women who have lost their husbands”.

The World Widows Report is produced by The Loomba Foundation
Research by Risto F. Harma
Edited by Kasper de Graaf
Published by Standard:Information

In this website you can explore the Report and access its detailed findings, including detailed statistics in machine-readable format to aid wider academic study and research. You can also buy a printed copy, or download a PDF, below.