The seeds of the Loomba Foundation's global campaign to eradicate discrimination against widows can be traced to more than half a century ago in Dhilwan, a small rural town in the State of Punjab in India, when a wealthy local businessman, Jagiri Lal Loomba, succumbed to the still widespread scourge of tuberculosis. 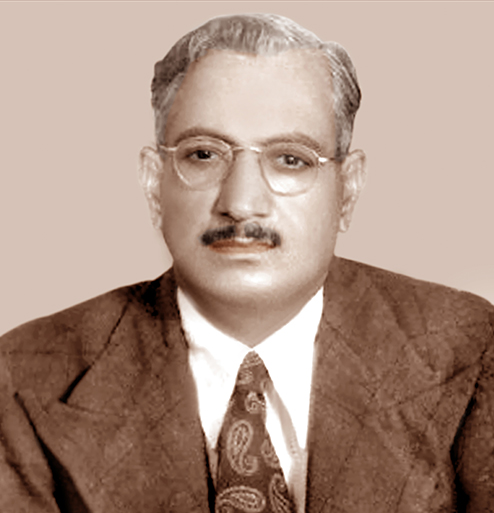 This was a tragedy for Jagiri’s wife Pushpa Wati and the seven children of the family – but for their ten-year old son Raj, what happened next was a shock that was to stay with him for the rest of his life. On the very day of his father’s death, his grandmother ordered the young widow to remove her bangles, jewellery and bindi – the sign of a married woman – and henceforth to wear only white clothes. From a happy, fulfilled wife, his mother was instantly transformed into a desolate widow.

Years later, when Raj married Veena Chaudhry, he was enraged when the priest asked his mother to sit away from the altar lest, as a widow, she brought bad luck to the young couple. “Why,” he recalled recently, “a mother who gave me birth, a mother who brought me up, who educated me and always wished well for me – how could she bring me bad luck?”

Pushpa Wati Loomba was a strong woman, determined to ensure her children’s prospects were not harmed by this tragedy. Her husband had ensured that the family was provided for. To give her children the best chance in life, Pushpa Wati resolved to devote the whole of their resources to ensuring that all the children, including the girls, received the best education possible, right through to university.

Like his siblings, Raj studied hard and went on to build up his business in the UK and India, but he never forgot the impact of those events. He realised how lucky he had been, and that many others were not so fortunate. “What if my father had not been able to leave us money?” he wondered. “My mother would not have been able to send us to college or give us nutritious food and good clothes to wear. The images and the state of poor widows and their children I had seen in my younger days all came rushing back to me.”

Raj realised that if he had been the son of a poor widow, he would never have been able to build a major fashion company in London. “I would have grown up illiterate, possibly plying a rickshaw in some suburban town in Punjab.” 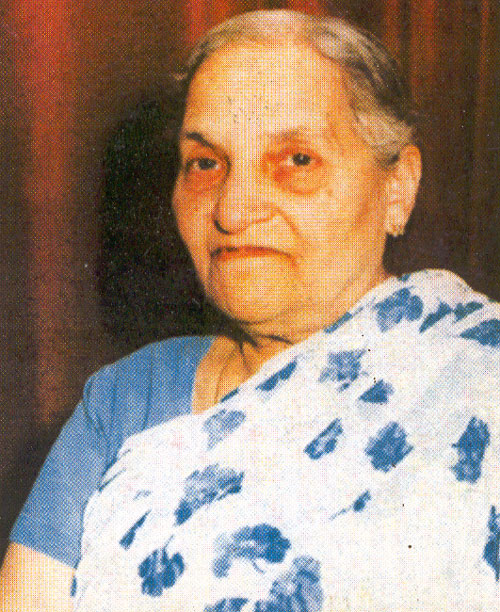 In 1997, five years after Raj Loomba’s mother passed away, Raj and his wife Veena established the Shrimati Pushpa Wati Loomba Trust – as The Loomba Foundation was initially known in the UK – to care for widows and their children, and to change the culture that discriminates against them.

The initial focus was on Raj’s native India, where some 46 million women– almost 10% of the female population of marital age – are widows.

The curse of widowhood often plunges the whole family into destitution and despair, with consequences that blight communities and last for many decades. Raj Loomba saw that if he could find a way of funding the education of the children of poor widows, it would not only transform the conditions of that family but also provide for a better future for all its members.

This meant building up a network of supporters. From the beginning, Raj resolved to engage with government both in the UK and India, as well as industry, commerce and the public, to help raise awareness and build an effective programme.

When the charity was officially launched in London, on 25 March 1998, the British Prime Minister, Tony Blair attended with his wife, Cherie Blair QC; she became the Foundation’s first Patron – and, from 2004, its President. 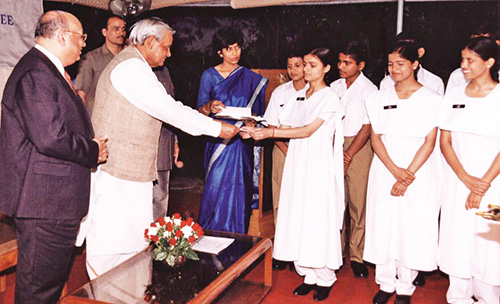 On 31 March 1999, the charity was inaugurated in New Delhi at the residence of the Prime Minister of India, Shri Atal Bihari Vajpayee, who lit a ceremonial lamp to mark the occasion. It was at this occasion that the Loomba Foundation launched its first scholarship programme to fund the education of 100 children of poor widows in the State of Delhi right through secondary education, and beyond for those who wished to go into higher education. The Foundation also announced its target, that within a decade it would fund the education of at least 100 children of poor widows – selected purely on the basis of need – in each of India’s (then) 29 States. This meant the Foundation hoped to educate 2,900 children by 2009.

Because of the duration of each child’s education, every programme launched represents a significant commitment, so to achieve the target it would be necessary to build up fundraising and partnership activities. At the heart of the fundraising programme for almost two decades were the London Diwali Dinners: glittering occasions attended by political, business and community leaders and by celebrities from the performing arts. 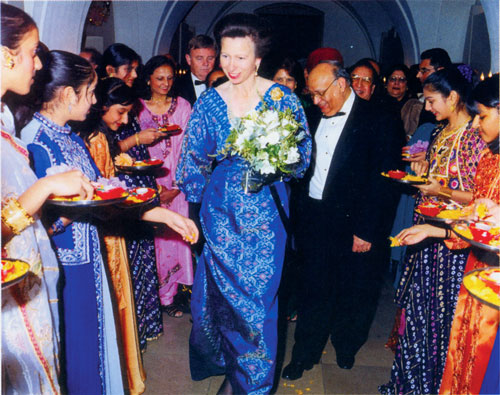 The first of these, the British-Indian Diwali of the Century Banquet, took place at the Banqueting House in Whitehall on 4 November 1999, with the Princess Royal as Guest of Honour, and raised £70,000. The Diwali Dinners went on to become a popular event in the London social calendar and a further 15 have been held in London since, with guests including Mayors and Lord Mayors, Cabinet Ministers and High Commissioners from India and the UK, leading figures from the Commonwealth and the United Nations, and prominent philanthropists.

Events took place at other times of the year too, such as the British-Indian Golden Jubilee Banquet at Grosvenor House on 18 July 2001, with the Duke of Kent as Guest of Honour, as well as regular luncheons and dinners at the House of Lords to welcome the Countess Mountbatten of Burma, Joanna Lumley, Baroness Jay of Paddington, Sir Mark Tully and numerous others as patrons and supporters. Since the launch of International Widows Day in 2005, Diwali dinners and other fundraising events have also taken place in other countries, notably the United States and Canada.

Walking and cycling for widows

In addition to fundraising dinners, corporate sponsorships and match-funding partnerships, individual supporters have gone to extraordinary lengths to aid widows in their struggle for justice.

In 2003, Dr Mike Krimholtz walked 350 miles from Resolute Bay to the Magnetic North Pole, raising £2,000. International lawyer Chris Parsons, chairman of the India practice of Herbert Smith Freehills, cycled 2,000 kilometres from London to Gibraltar and raised £120,000: enough to educate 240 children of impoverished widows for five years. Four years later, Chris undertook an even more ambitious project, walking 30 marathons in 30 days from Bombay to Bangalore. The money he raised, more than $300,000, went to support the empowerment programme in Varanasi. 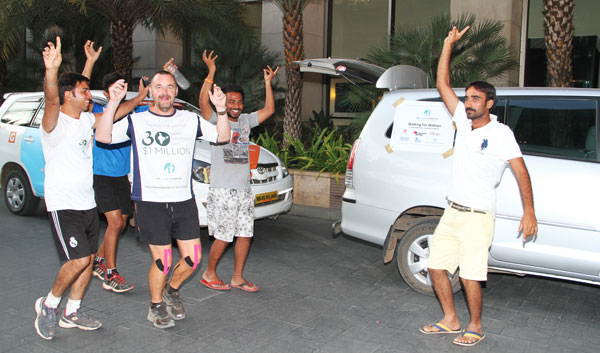 With the committed support and generosity of its partners and donors, the Loomba Foundation remains committed to its founding mission: to transform the lives of impoverished widows and their dependent children. It will continue to deliver direct aid to empower widows to be independent, and support their children’s schooling to give them hope of a better future.

Through research and campaigning worldwide, the Loomba Foundation will fight to achieve its ultimate goal: to change attitudes that are deeply embedded in cultures and societies, so that discrimination and injustice against widows in India and throughout the world will be eradicated once and for all.